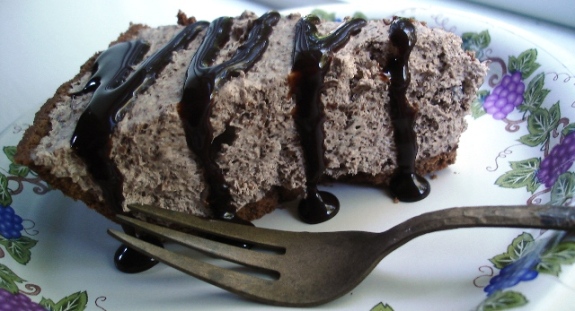 I made this pie for my husband. He likes Cool Whip based foods and I wanted to have a cool dessert for the weekend. I’m pretty sure that I messed this up. It looks nothing like the pie that Amy made from She Wears Many Hats. First of all I used too much chocolate and who would think that would be a bad thing but it was. Next I didn’t fully thaw the Cool Whip and that caused the chocolate to cool too quickly and resulted in chunks of hard chocolate throughout the pie. Okay, maybe that wasn’t so bad. It made for an ice cream like texture.  Lastly I used a chocolate crust and I think the plain graham crust would have been better. Not that this pie was a total loss. The kids LOVE it because it is so sweet. I wasn’t able to finish an entire piece because it was too sweet for me. My husband thought the same thing. I’ll definitely try it again making sure that I have the correct ingredients and follow the instructions more closely.

Chocolate Pie (adapted from She Wears Many Hats) 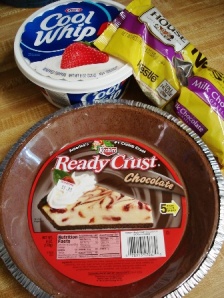 Melt chocolate over a double boiler stirring until smooth. You could probably melt using the microwave instructions on the bag of chocolate chips too. Mix in the Cool Whip and pour into the pie crust. Chill and serve.

I used a mixing bowl over a pan of water. It worked well. 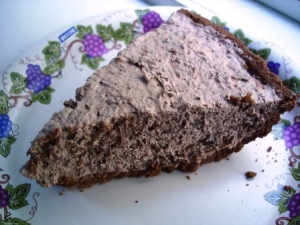 The texture of this pie was fun. 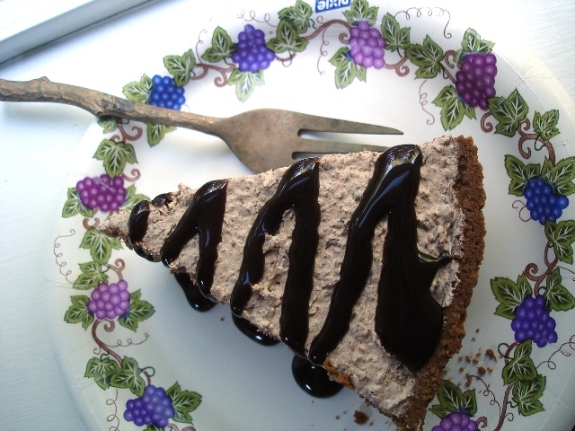 Adding chocolate sauce to this was totally unnecessary.

Please do make this recipe just learn from my mistakes. My daughter was funny about trying this out. I offered her the Cool Whip container so she could lick it and she complained that there was chocolate in it. So I told her to not eat the chocolate because chocolate with Cool Whip is gross and she laughed and ate it anyway.