French Macarons: they aren’t as difficult as you think 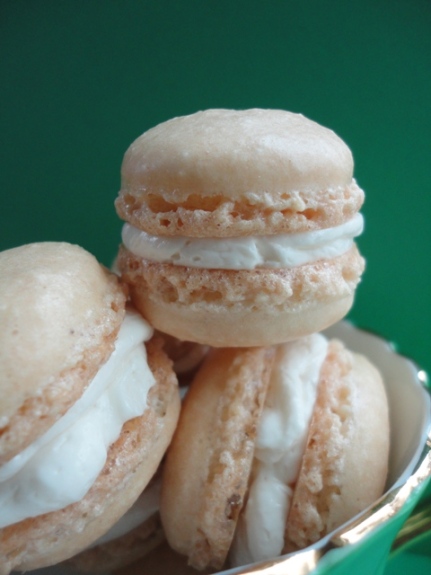 Finally I understand the hub-bub about French Macarons. I’m in love and so are my kids.

From time to time as I browse Foodgawker or Tastespotting my daughter will sit with me, she always points to the photos of macarons and tells me that she wants to make them. I have done a little reading about macarons and they seemed rather daunting. So many rules about making a fancy little cookie. Also, I searched for almond flour to no avail and it seemed too expensive to order online. Enter Deanna from Marzipan who had a photo featured on Foodgawker with a caption that read “Stop being intimidated by these little confections! You can make these!” She referred to a tutorial by Irina Kogan at Pastry Pal called Master the Macaron. I was sold, downloaded the tutorial and followed the step-by-step instructions. And the macarons turned out perfectly.

If you’ve ever considered baking macarons I highly recommend Irina’s tutorial. You need to provide your name and email address and you’ll receive a link to download the document… get this… for FREE. I’m not going to include the recipe for these macarons here because they are included in the tutorial as the Almond Macarons Master Recipe. I could not be happier with learning how to make these fabulous little cookies.  They are so incredibly delicious that I can’t wait to make another batch.  My daughter, who shuns all nuts, gobbled them down one after another.

We sent two large plates of them to her teacher appreciation lunch at school today.  It was difficult to part with those cookies but the teachers deserve something special for everything they do. 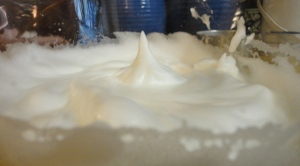 One of the keys to success for making macarons in ensuring that the egg whites are whipped until they hold firm peaks. I ended up making my own almond flour with Irina’s guidance. I used blanched almonds and my small food chopper. That was a little time consuming but worth all the effort. You’ve got to make sure you sift out the large pieces. 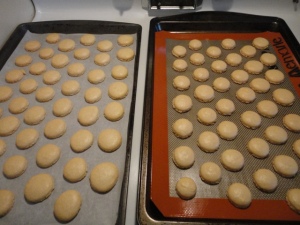 I baked one pan using my Silpat and since I’ve only got one I used parchment paper for the second pan. (Before and after photos above.) Both batches turned out the same in my opinion though Irina suggests that Silpat will give better results. Also, I chose to make these on a rainy day (I’d read that’s a bad idea) and that was fine as well. I think the key is leaving the batter on the baking sheets for enough time for a skin to form. That was about a hour for me.

Making the butter-cream for the filling was a little nerve-wracking for me since the kids were both home from school by the time I tackled that. But again I followed the instructions, resisted my urge to add more confectioners sugar to thicken it up and it magically became the right thickness after I beat the mixture for about 5 minutes. I seriously recommend Irina’s recipe for butter-cream in the tutorial because it’s not too sweet and a perfect combination with these delicate cookies. (I accidentally dropped a container out of the cabinet onto one of my baking sheets shattering a cookie and my son was immediately there offering to eat it. Too bad for him that I had popped it into my mouth already.)

My daughter’s first reaction when she saw these cookies was “I thought they were going to be bigger. Oh… I guess they take the photos really close.” I’m not sure I would pipe the cookies any bigger as they were pretty much perfect in their bite-size format. My son loved that they looked like mini hamburgers.

I think Irina should rename her tutorial to “Demystifying the Macaron” because I’ve certainly been demystified. Everyone in my family (except my husband) rated this recipe

5 stars. My daughter rushed one of the extra macarons over to my husband as soon as walked in the door after work and said “You’ve got to try this!” He did but he only rated them

3 stars because he’s not a fan of almond flavor in baked goods.