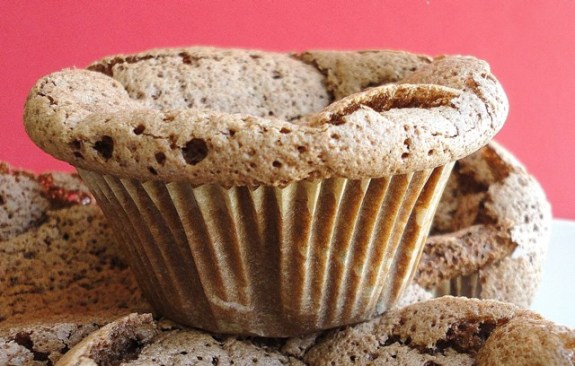 These delicious and easy cupcakes were recommended to me by my best friend from childhood. She had them at a New Year’s Eve party and emailed me the link soon afterward. I had stored it away for the future. Then I borrowed Martha Stewart’s Cupcakes cookbook from the library and the same recipe was published there.  My procrastination was over and I made the cupcakes. I am not a huge fan of cupcakes. I like them but if they were next to cookies, I’d choose the cookies every time.  That’s why I own the Martha Stewart’s Cookies cookbook and borrow the cupcake one.

That being said I couldn’t stop eating these cupcakes. The texture is very light but also reminded us of brownies. I sent half of them over to my mother-in-laws as a suggestion for a dinner party that she’s hosting in a couple of weeks. They would be so simple to serve for dessert with a scoop of vanilla ice cream and some raspberry sauce.

Preheat oven to 275 degrees. Line standard muffin tins with paper liners. Melt butter and chocolate in a large heatproof bowl set over (not in) a pan of simmering water. Stir to combine, then remove bowl from heat and let cool slightly. Whisk in egg yolks. 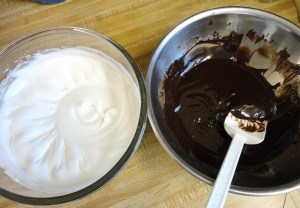 With an electric mixer on medium speed, whisk egg whites until soft peaks form. Gradually add sugar, beating until peaks are stiff and glossy but not dry (do not overbeat). 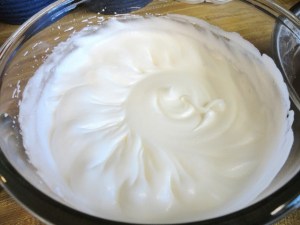 Whisk one quarter of the beaten egg whites into chocolate mixture to lighten; gently fold mixture into remaining whites. 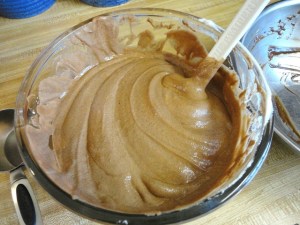 Divide batter evenly among lined cups, filling each three-quarters full. Bake, rotating tins halfway through, until cupcakes are just set in centers, about 25 minutes. Transfer tins to wire racks to cool completely before removing cupcakes (their centers will sink). 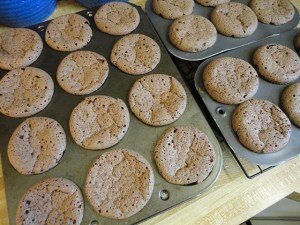 Cupcakes are best eaten the same day they are baked but don’t let that deter you from baking these. I thought they were still quite delicious over the next couple of days as well. 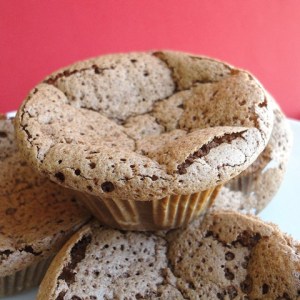 Keep at room temperature until ready to serve, topped with scoops of ice cream, if desired. 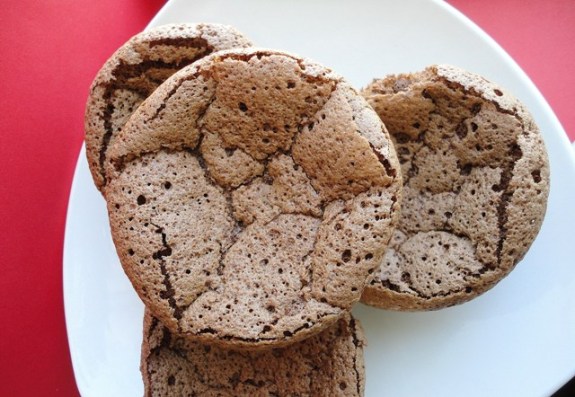 The tops of the cupcakes are very delicate and will produce a lovely mess all over the floor if you allow your kids to walk around while they are eating them. Lesson learned was to eat these cupcakes sitting at the table.

We rate this recipe

5 stars. With exception of my husband who avoided eating them because he doesn’t like bittersweet chocolate.